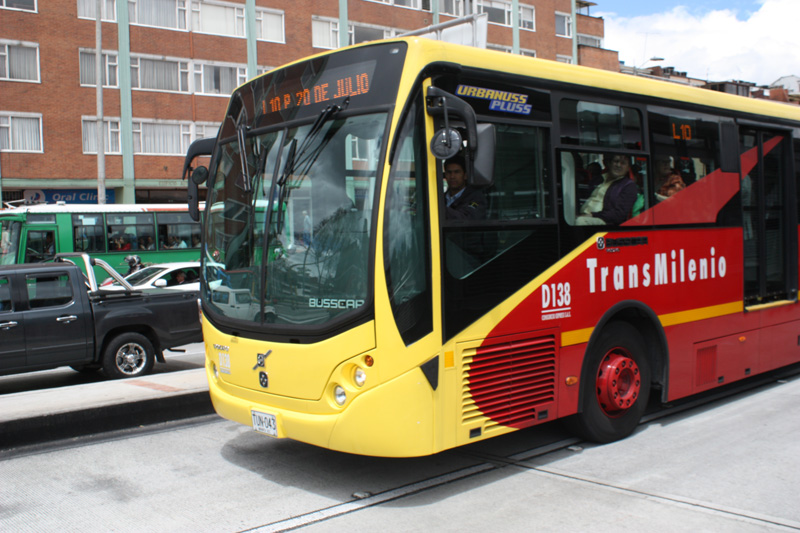 TRANSMILENIO S.A. is responsible for managing, organizing and planning of the mass transport service in the capital district and its influence area, according to the motorized terrestrial modality under the conditions of the current regulations, the competent authorities and its own norms.

Under the object, TRANSMILENIO S.A  is responsible to execute the following functions:

1°. Managing, organizing and planning the mass transport service in the capital district and its influence area, according to the motorized terrestrial modality.

2°. Excerting the policies, fees and adopting the needed corrective measures to ensure the service, in conformity with the parameters indicated by the competent authority.

3°. Guaranteeing that the equipments performing the service use state of the art technology, taking into account the use of eco friendly fuels.

4°. Celebrating the needed contratcs to perform the mass transport service considering, among others factors, the local experience of public mass transport.

6th. TransMilenio SA or operator shall not be a member of Urban Surface mass transport automotive by itself or through third parties, as the operation of the system will be contracted with private companies.

TransMilenio SA will be responsible for service delivery has been unsuccessful when a selection process or when you suspend or terminate a contract early or declare the expiration of contracts with private operators for the reasons specified in law or contracts.

7°. Collaborate with the Ministry of Traffic and Transportation (now Secretary of Transportation) and other relevant authorities to ensure the provision of the service.

8°. Its own regulations, and

9°. Other duties as assigned by the legal rules, statutes or authorities.

For more information please download the following link, the Agreement No. 04 of 1999: "Which authorizing the Mayor on behalf of the Capital District to participate, together with other entities at the district, in the constitution of the Company Transport of the Third Millennium - TRANSMILENIO SA and other provisions. "